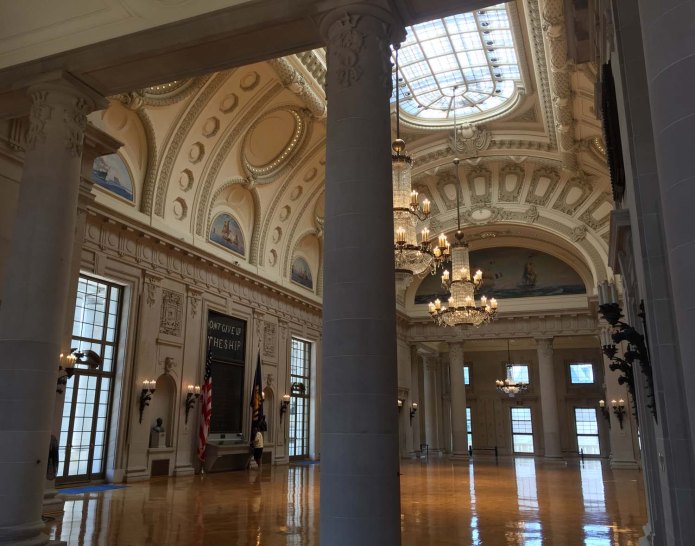 The big room in Bancroft hall. I think the dining hall is below this.

We spent another day in Annapolis walking around parts of the the naval academy campus we had not seen before. We wanted to see the formation before lunch, like we did last time with Paul and Sharon, but it’s finals week and they don’t do it now. We did see a few more buildings and spent more time in the museum. 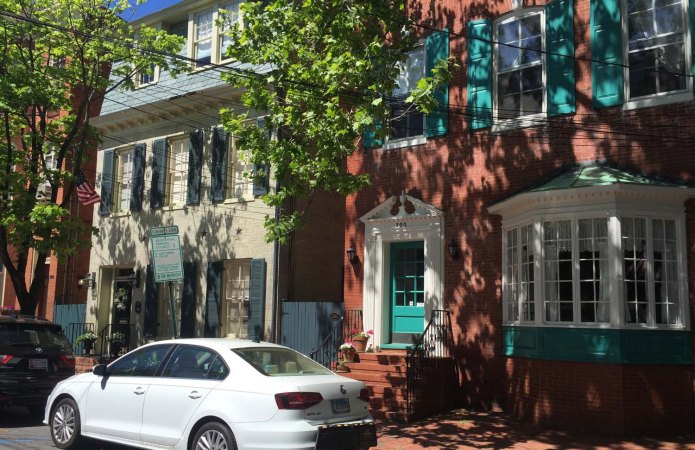 Townhouses on the way to the academy.

Just like the swimming pool at the Alcazar in St Augustine, we have a new favorite for lunch in Annapolis. The officers club, otherwise known as the Alley, is open to anyone weekdays from 11:00 to 2:00 for lunch. Of course you can’t park a car anywhere near it unless you are an officer, but even so it must not be widely known. If fact, none of the 3 midshippersons we asked had ever been there or had any idea who was able to eat there and they don’t answer the phone. The only way we could find out was by going over there and asking. 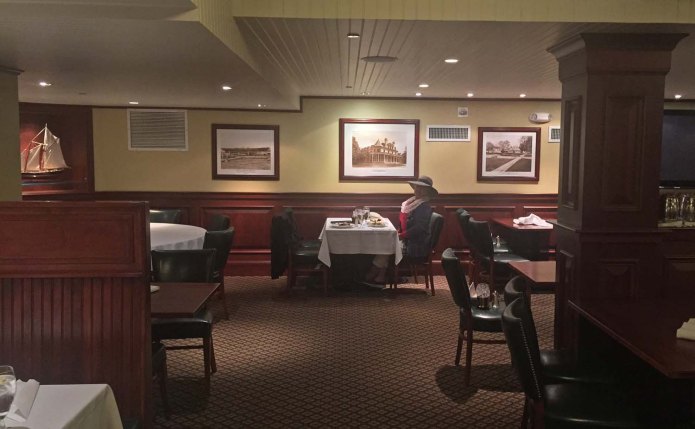 Sue in the Alley after we finished lunch. As close to being a naval officer as we’ll ever get.

The salad buffet was the most extensive we’ve seen outside of Sweet Tomatoes. Along with that on Wednesday was fried chicken and whatever you can think of to go with it. The price with a generous tip was under $26 for both of us! It had White table cloths, subdued quality décor, enough other diners so it did not appear empty but it would not have been crowded or noisy with twice that many. Why the place was not packed to the gills we’ll never know. Subsidized by the Navy? Anyway, if you’re looking for us at lunchtime in Annapolis you’ll know where to find us. It’s right by gate 3. 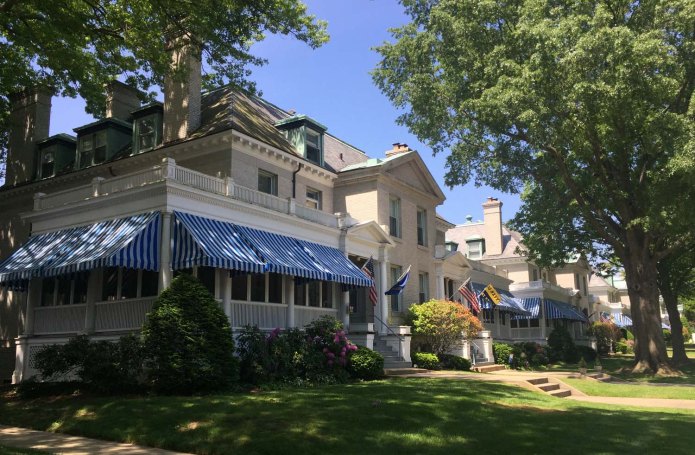 Faculty housing. They’re all duplexes, but plenty large. Some of the best housing in the city.

We’ve seen Annapolis several times before, and our decent weather was leaving with rain predicted most of Thursday, so we decided to pull up stakes and head to Baltimore, less than 40 miles (as we travel) away. Forecast waves and wind were 1 foot and light and that’s how it turned out, with a cold steady drizzle all the way until we tied up at the city dock in the Baltimore Inner Harbor. It never got above 60 degrees.

No one was there to help us tie up and no one showed up today (Friday) either. When I called the number in Active Captain that worked last year it was disconnected and the dock was completely empty when we arrived. Like in Annapolis, however, being empty could be due to people in their right mind not being out on the water yesterday. The power hookups work fine and the restrooms are a very short walk over at the visitor center so no complaints. We’ll see if we end up paying. 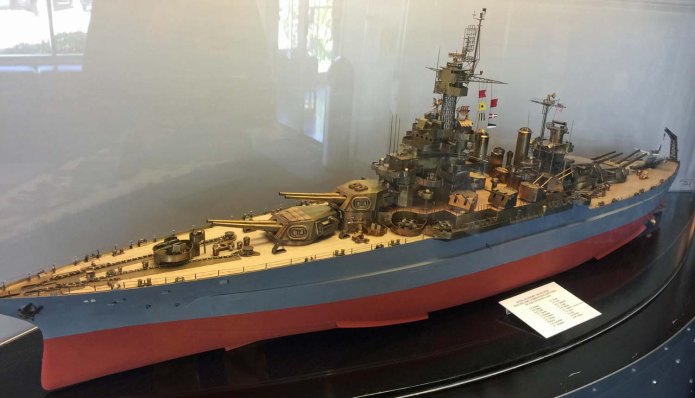 Great models at the museum. This large brass model of the Maryland battleship is at the visitor center. 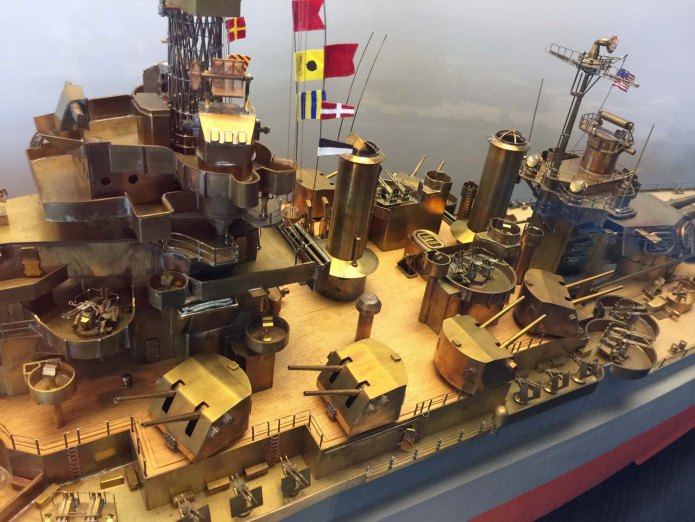 Closeup of the Maryland.

This is a great place to stay and we’ll be here at least a week. It’s convenient to get to but other boaters just don’t come. It must be Baltimore’s reputation that keeps people away.