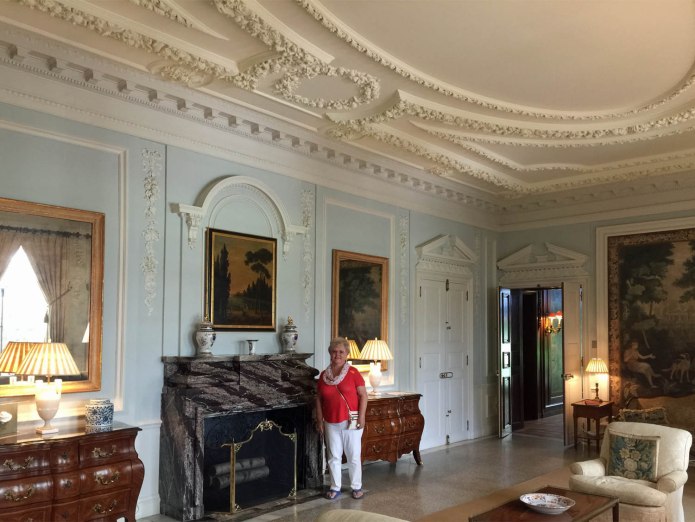 The great room in the Mount, Edith Wharton’s home in Lenox VT.

With the boat in Kingston we took off for Boston in our rental Chevrolet. Lenox MA was our first stop on the way. The Lenox area was considered the “second Newport RI” where the rich and famous vacationed. We traveled the Taconic Parkway, which was Google Maps second route choice after the interstates. It had small towns and nice country scenes as it wound through New York and western Massachusetts. 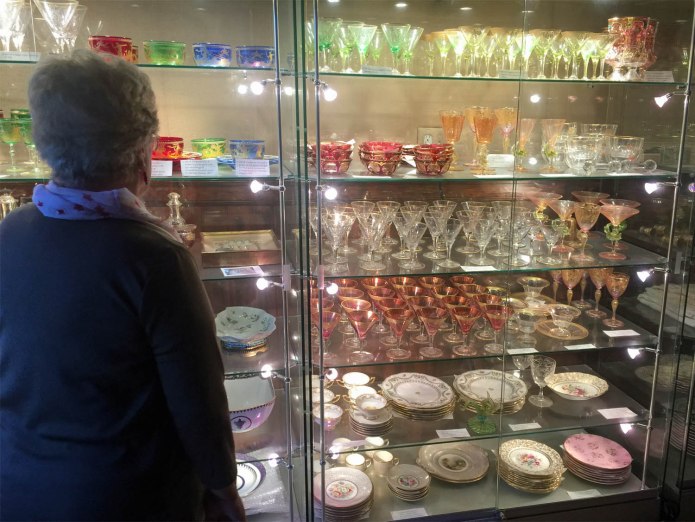 Sue looking at the glassware in Ventforth Hall.

On our first day we saw several historic homes, including Ventforth and Edith Wharton’s “Mount”. On the second day visited the Norman Rockwell Museum in nearby Stockbridge MA with still plenty of time for a slow scenic route to Boston. It’s handy that these New England states are so small. 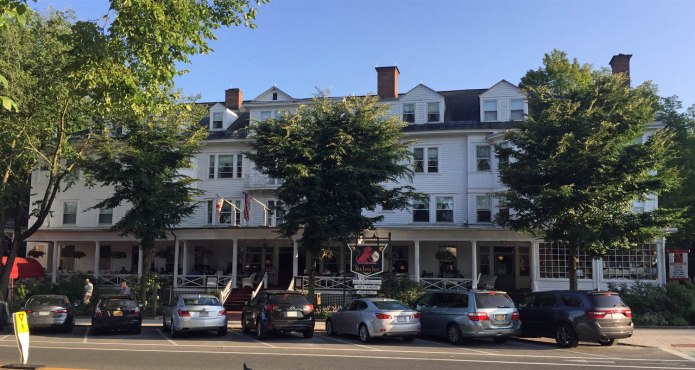 Red Lion Inn in Stockbridge VT. This is the original 1773 Red Lion after which all other Red Lions are named.

Main St. in Stockbridge by Norman Rockwell. Red Lion Inn is on the right. Rockwell’s workshop was 4th building from the right, 2nd floor. There’s a Christmas tree in his workroom window.

It was great to see the “second Newport” area. After we spend some time in Boston we will go see the more famous old mansions in Newport RI.