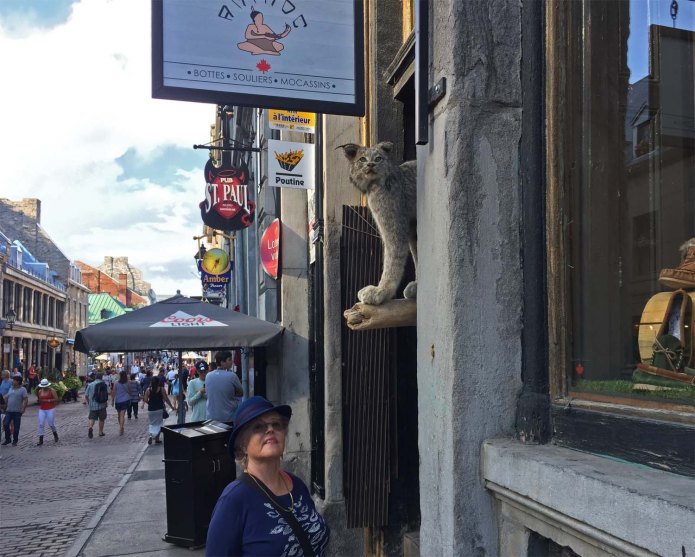 Sue with friend on the walking street.

Jack and Sue here in Montreal with advice on proper manners. We spent a few weeks in the Loire Valley of France many years ago and learned that, even though they speak English, people would just stare at us if we asked them anything until we said “bonjour”. They might say “bonjour” as a prompt to us, but nothing else. 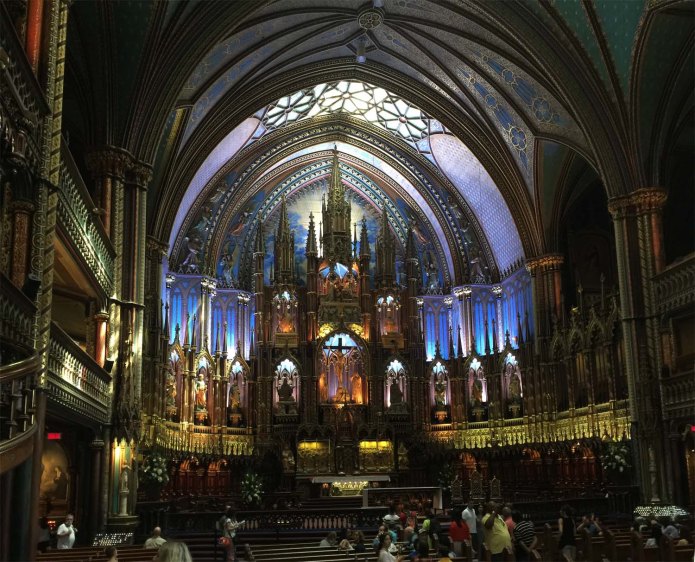 Interior of the Notre Dame basilica.

We wouldn’t mention it, but English does seem to be slowly taking over in Montreal. People speaking to a group of locals, often start with “Will anyone need me to speak French?”. Sometimes a few percent will say yes, but that is all. 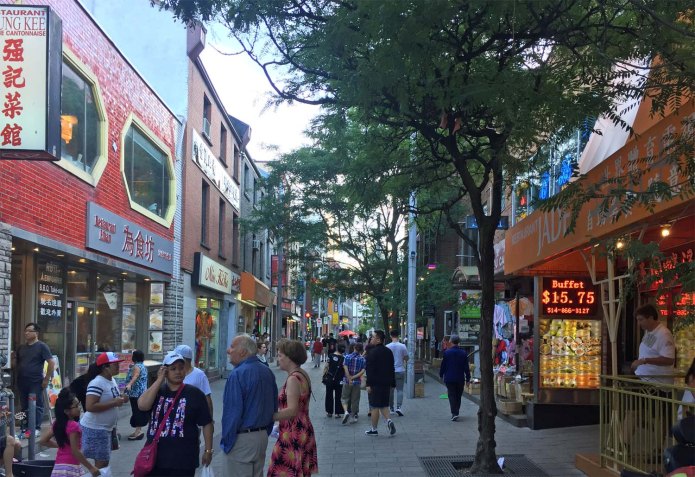 We’ve tried one restaurant in Chinatown. We’ll need to try another soon.

Even so, to save them the problem of either ignoring us or dealing with our normal boorishness, we start conversations in person or on the phone with “Bonjour, do you speak English?”, to which they graciously answer “of course!” There are some variations that mean good afternoon and good evening, but “bonjour” seems to cover the bases pretty well. 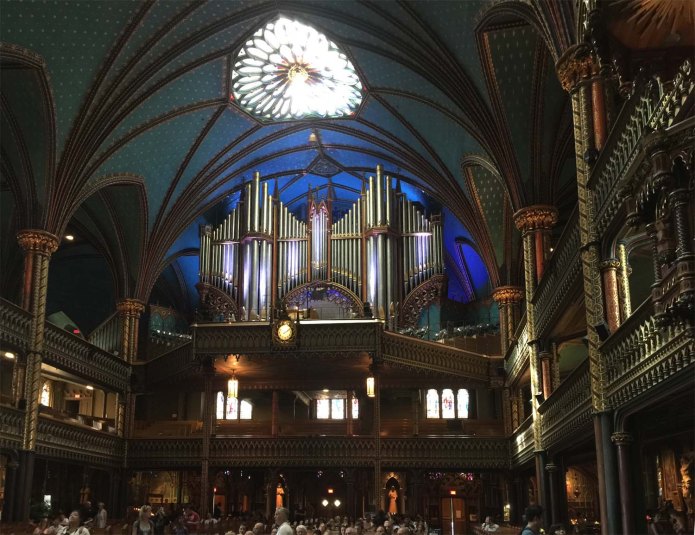 The organ in Notre Dame.

We’re contemplating whether to take the train over to Quebec City next week and give our interpersonal skills with French the acid test.

The weather has been great here. Mostly sunny but not too hot. Last Friday we went to an organ concert at the Notre Dame Basilica where we sat up in the loft with the organist. The organ was the first in Canada and I’m afraid it showed. The sound had bad definition; you could say “mushy”. We still enjoyed the Phantom of the Opera, a Bach fugue and Clarke’s Trumpet Voluntary (our wedding music). The rest were popular and show tunes which would not do well on any pipe organ, let alone this one. 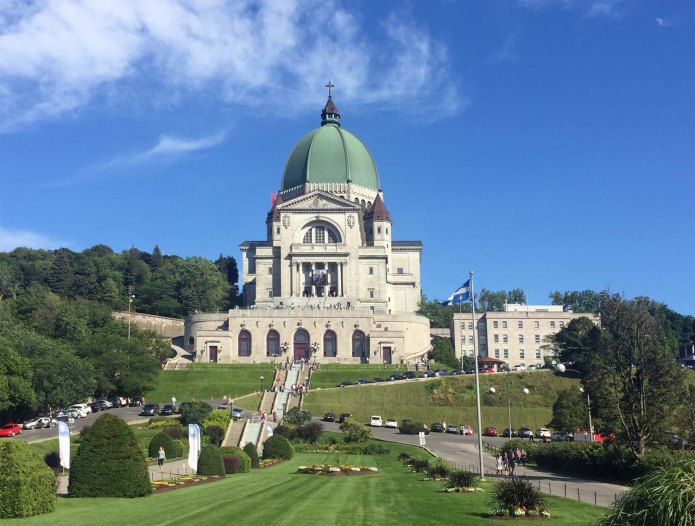 The central stairs are reserved for many that come on pilgrimage. More stairs at & in the building than in front. St Andre, who started this church, is associated with healing. Confusing inside with mix of stairs, escalators & elevators to 7th floor sanctuary.

Sunday was the weekly recital at St Joseph Oratory. The songs played were classical, but not familiar to us. The organ’s sound was very good, as should be expected from a recently built organ considered one of the 10 best in the world. While the exterior of the church is impressive, the interior was a letdown. Construction lasting from 1917 to 1967 allowed a different architect to do the interior toward the end, making it modern, common looking and a jarring contrast from the exterior. 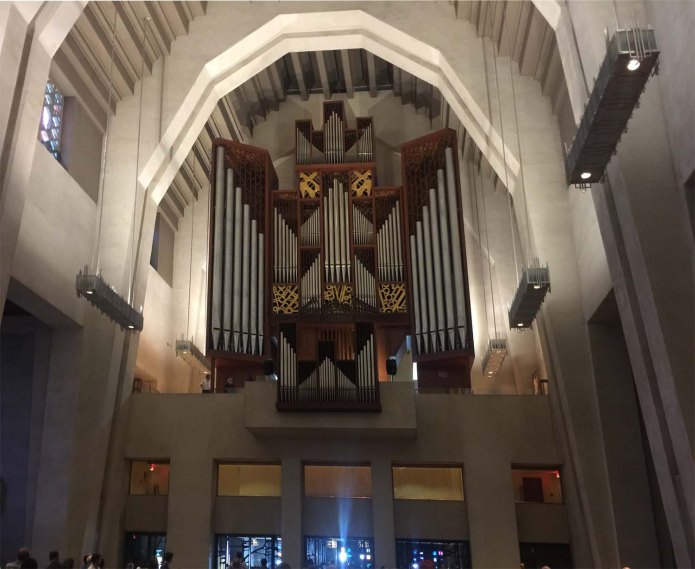 The organ in St Joseph Oratory. No much for looks, but it works.

We went to the big mall – they claim one of the largest in North America. Probably true because its lower floor is the underground which extends to connect buildings for miles along St Catherine Street (the metro is the next level down). Most of these buildings have shops on their street and upper levels as well. There are twenty miles of underground in Montreal. I don’t know how much of this is shops. We probably saw the most intensive mile. We ate some OK chain restaurant food (chains new to us) in the underground food courts. Closer to us we do like L’Usine de Spaghetti up on the walking street. On a weekday get there by 5:30 to walk in, By 6 the line goes out into the street.