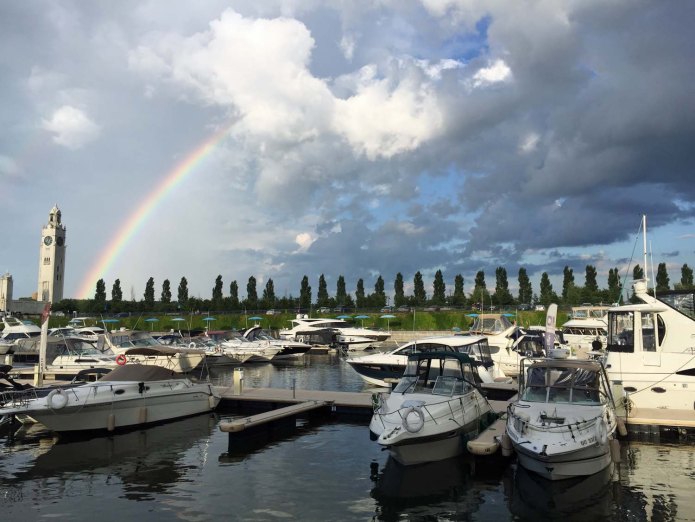 We’re at Yacht Club de Montreal in the Old Port of downtown Montreal. We came in last night to a different marina two blocks closer to the center of the old port area. That one really was downtown, with hordes walking right by our boat and others looking down into the basin where we were right by the wall next to town. Wall to wall people. Drove Sue nuts. Yesterday we moved to our current marina 2 blocks north to where we should be for the next week or so. 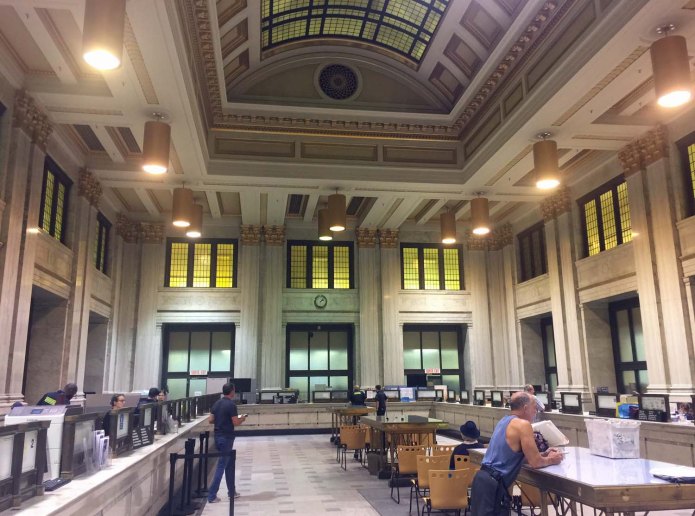 We got in so late that I forgot to call to check in with the Canadian authorities last night, but this morning the marina office had no idea who to call to check in. They said no one had ever asked to do that before. That was pretty strange. I got the phone number from the internet, called and found out that we should have checked in across the river from where we stayed at Thomson Marine. Montreal is not a check in location, so they could not process my request. The only thing we could do was to go back 80 miles through the 3 locks and two lift bridges and check in where we were supposed to.

A walking street near our marina. It extends through the entire port area and beyond. 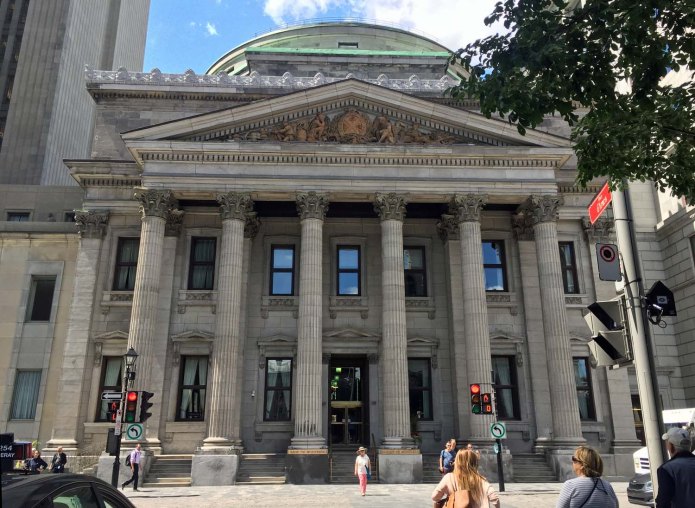 We stopped by the Bank to pick up some Canadian cash. Sue’s in front.

We were thinking to check in in Montreal since that was the first time we landed on Canadian soil. Looking back I can see that less than a mile after leaving Thomson Marine in the US the St Lawrence turned north and its south shore was no longer US territory. I suppose they like you to land in Canada the first time where they can easily send you back across the river if they don’t want you. 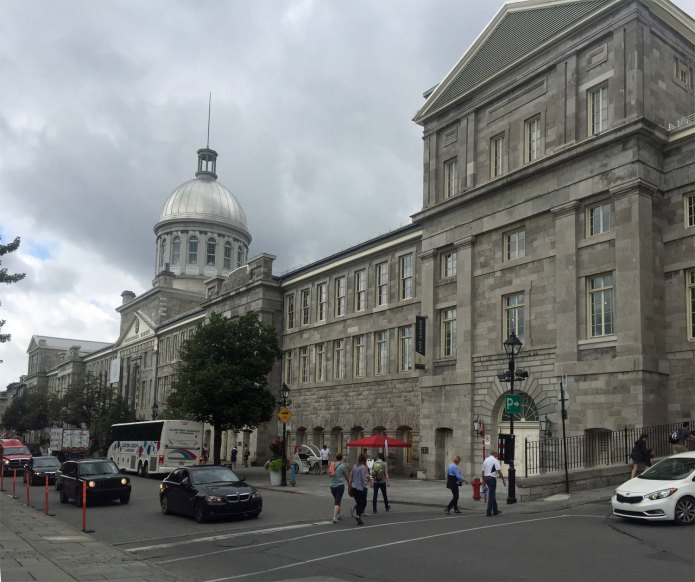 Marche (Market) Bonesecours by our marina.

We learned the customs office in Montreal might grant an exception, so went to try that. After telling us we broke the law and there’s supposed to be an automatic $1000 fine they let us off the hook and checked us in. They did mention to NEVER DO THAT AGAIN!!!! 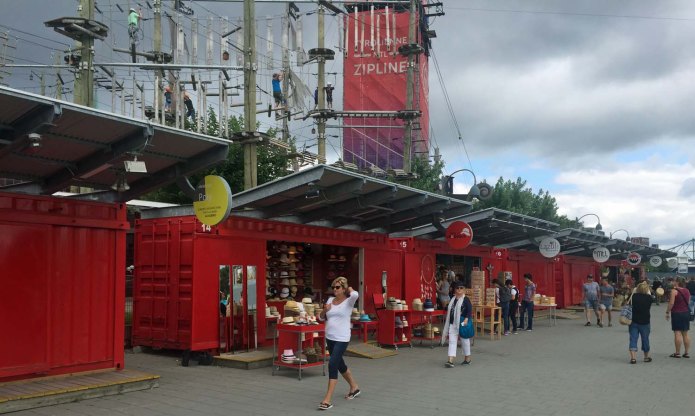 We plan to hang out and really see Montreal. Tomorrow (Friday) we’ll go back to the area of the Banque de Montreal, designed like the Roman Pantheon, and cross the street for the 2:30 organ concert at Notre-Dame Basilica of Montreal. If that church isn’t big enough we go to the concert at St Joseph’s Oratory Sunday at 3:30. That is the largest church in Canada, 27th largest in the world, and its organ is considered in the top 10 of the world.