Star Gazer at the end of the Baltimore Inner Harbor

We leave Baltimore tomorrow after 9 nights. We saw more museums: the Visionary Arts where all artists must be amateurs. It’s pretty left wing counter cultural but a lot of fun. We also saw the Jewish Museum of Maryland and the Reginald F. Lewis Museum of African American history. The Museum of Science and History was our last one. There was a lot of old technology on display there with half of it being from our childhood world. These museums were not quite as world class as those we saw before, but we enjoyed all of them. We also rode the water taxi to Fells Point, the closest thing to an “old town”, and other Baltimore places. 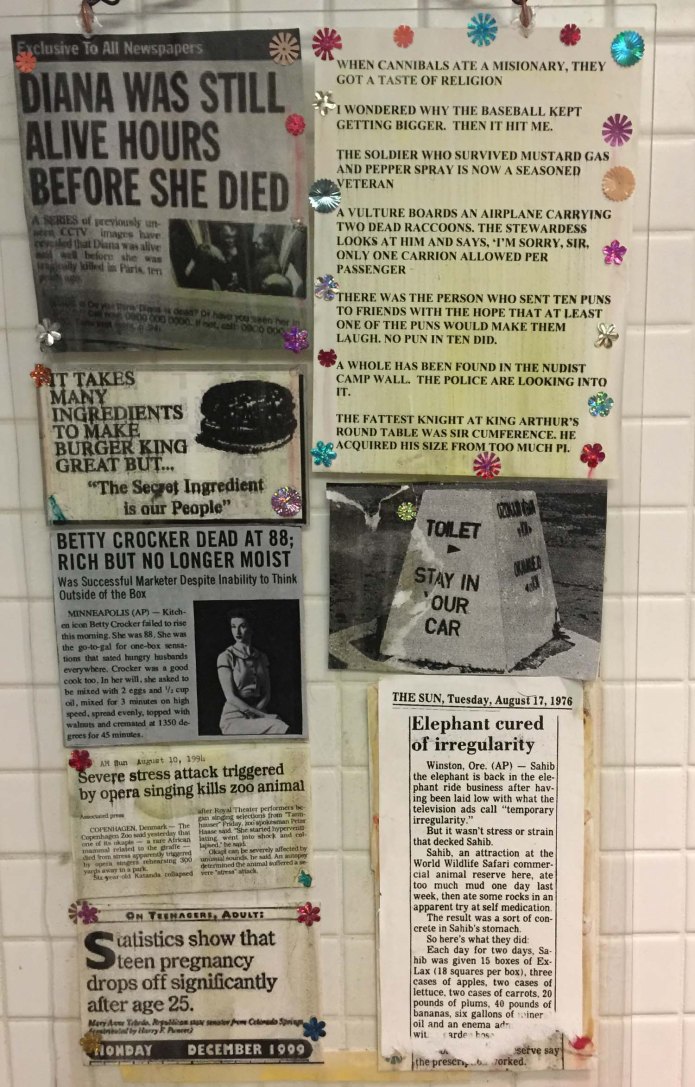 On the men’s room wall at the Visionary Arts Museum. Click to enlarge.

A great ship model of the Lusitania until viewed closely. It’s made entirely from toothpicks.

Baltimore has a reputation that keeps people away. For 7 of our 9 nights here we have been the only boat on the dock. While there are problems in some parts of the city, we saw none anywhere we went. Several places we went have already replaced much of their older housing with modern versions of the row houses that once dominated much of the older city. Many large public housing buildings from the 50’s and later “urban renewal” have been torn down. There is a lot here worth seeing and doing. We’ll be back.

Arriving at Fells Point on the water taxi.

The weather went from cold for a few days to breezy just right for a few days and then hot for these last two days. No problems on the upper Chesapeake, so we’ll leave tomorrow (Saturday) for Delaware City at the top of Delaware Bay. The predictions show possible problems on Delaware Bay, but I think we can get past that. The issues on the Atlantic, where we need two days to get past New Jersey are more of a problem. We may have to wait some days in Delaware City or more likely Cape May.

After the Jewish Museum and touring two old synagogues we visited the Jewish deli for the best corned beef.