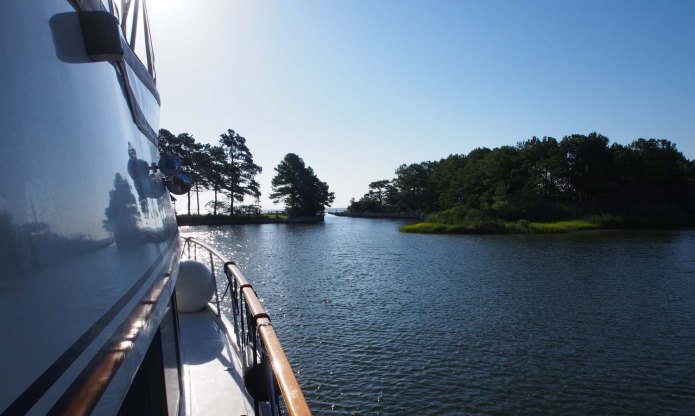 Leaving Ingram Bay Marina. Narrow channel ahead to the right.

Since leaving Annapolis we had one night in Ingram Bay Marina and one night back at Hampton Public Pier where we spent so much time 2 months ago. Finally we arrived took a short trip across the channel and through the first 13 miles of the ICW to Atlantic Yacht Basin which is just beyond the hourly Great Bridge and its adjacent lock.

Hampton Public Pier building ahead with light green roof. We park on dock to its right.

Sharon and Paul had to leave us at Norfolk even earlier than we usually start out, so they were gone by the time I got up before 5 AM at Atlantic Yacht Basin. It’s not in a basin, just a long dock we side tied to. Also we were the largest “Yacht” there, but they get creative with the names.

Naval ships as we pass Norfolk.

We left at 5:45 and made it through the two remaining swing bridges. We hit the Centerville Turnpike swing bridge before it went on its half hourly schedule at 6:30. A few miles more and we waited very little for the half hourly North Landing Bridge. After that the only possible obstacle to our Alligator River Marina goal was Albemarle Sound, which can be very rough, but was smooth for us. 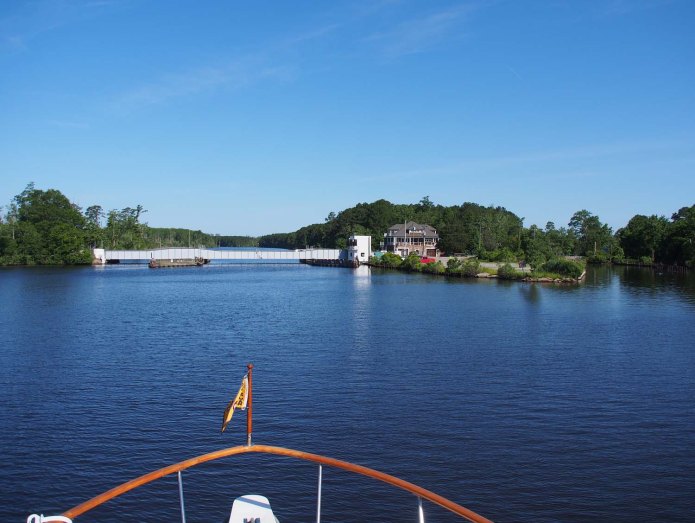