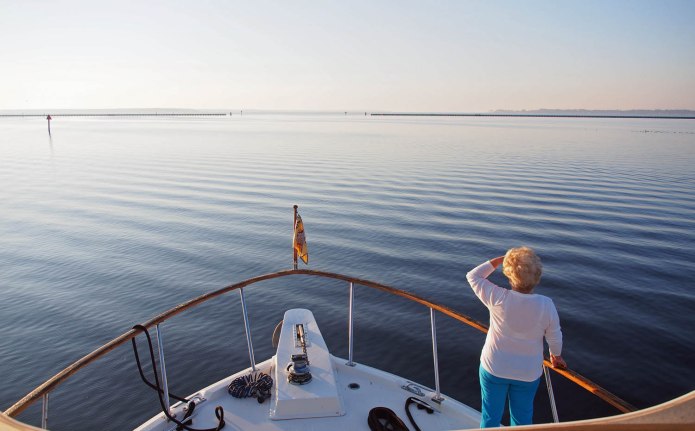 The good weather remains with us. Here we are in the channel from Belhaven to the Pungo River.

Just for fun, here’s a verbal description of our trip here to Beaufort. We left Belhaven, went down the wide Pungo River, four miles across the also wide Pamlico River, then up Goose Creek and into the canal that connects to Bay River Inlet which ended in the huge Pamlico Sound which is divided from the ocean only by the thin string of the outer banks. Then it was hard right, 15 miles up the Neuse River and left upstream into Adams Creek which then turned into the Adams Creek canal leading to Core Creek where we went downstream. Core Creek went between Beaufort and Morehead City NC and at some point is called the Beaufort Inlet which goes to the Atlantic. Altogether it was just under 70 miles. 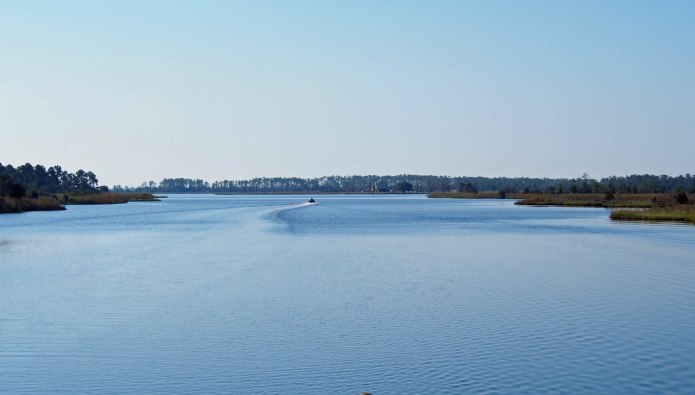 The view ahead as we enter Adams Creek. Seems wide for a creek, but in these parts a river is many miles wide. 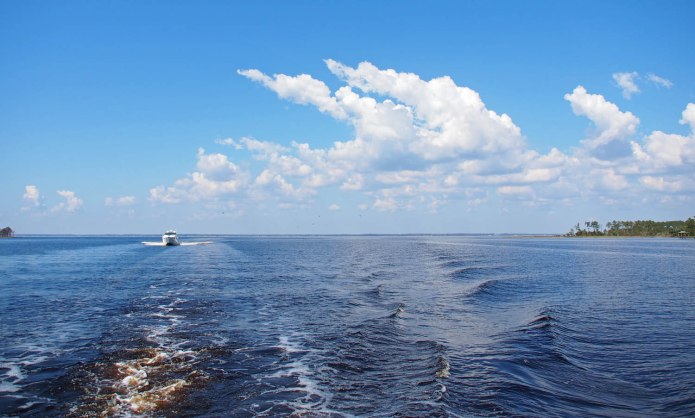 The view behind in Adams Creek. The oncoming boat travels at about twice our speed.

It’s a lot simpler just to see it on our navigation charts. After all that the only thing left was to go into our space three slips in with a 2 mph current pushing us sideways toward the slips on the other side and we were right downtown in Beaufort. 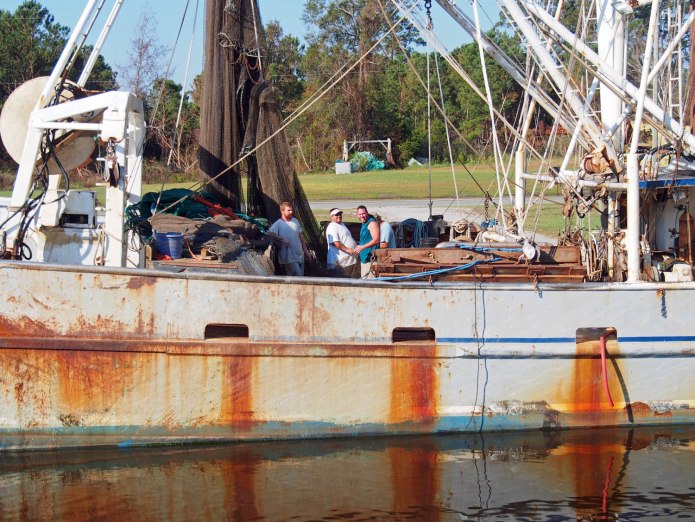 We passed about 10 100′ fishing boats at the R E Mayo docks on the Adams Creek canal.

Beaufort was not hit so hard in the recent storm. Everything is open except the Mexican restaurant which did get a bit of flooding. We got in Friday, spent all day today (Saturday) and will leave Sunday morning. 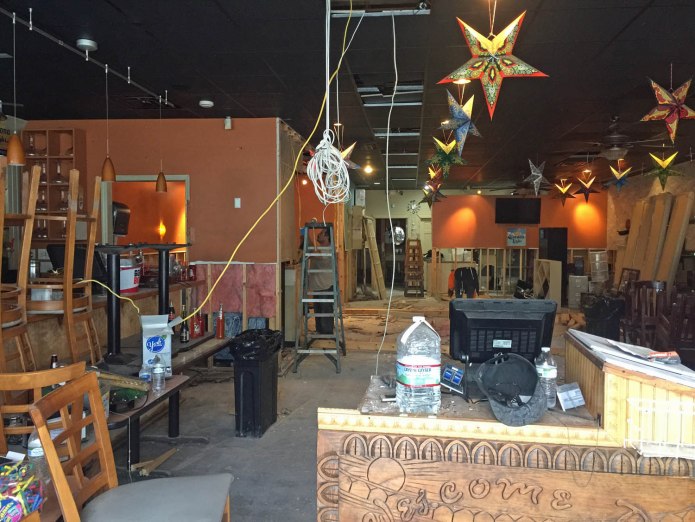 The only Mexican restaurant in Beaufort is down for repairs. 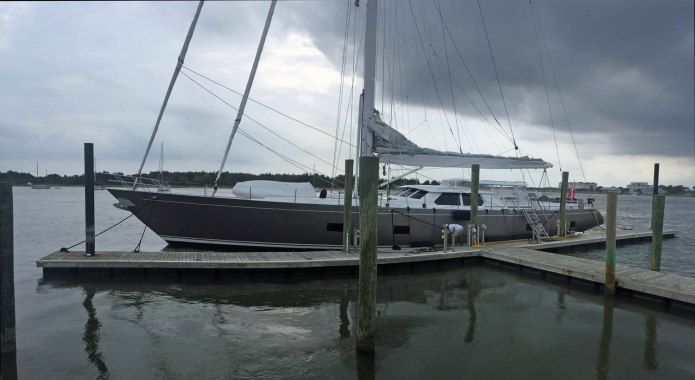 Only other boat on our dock is from the Caymans. The owner is not aboard, just 3 crew. Note the weather changing beyond it.

We thought about jumping outside here but the weather is not good for that, so we’ll go down the ICW for two more days as far as Little River SC. Just south of Little River the Socaste swing bridge at 5 feet above the water had its motors and other parts removed to save them from the flood . Water is still high there so those don’t go back in until 14 October. They can open these bridges with a crank of some sort, and may do that earlier, but I’ll bet not very often. If not we wait, or maybe jump out at the nearby Little River inlet which we have used before.