We walked by the World Trade Center memorial pools several times, including our first day here.

We have been in New York City for nearly two weeks. We spent the first week here going to some new and some familiar places. We were planning to leave on Saturday the 18th, but the weather and waves on the Atlantic was predicted 4 feet or more from then until was to quiet down tomorrow on Friday the 24th to 2 feet or less. That prediction has held solid, so we’ll leave tomorrow for Atlantic City.

NY Historical Society has the largest Tiffany lamp collection in the world. It was put together by an orthodontist as a hobby. Many shades are based on a flower.

New York Historical Society had the best museum restaurant this time. We got a deal because it was restaurant week.

This may be the longest we’ve been stuck, but if we have to be stuck, NYC is the place for it. We did not run out of things to do, especially since Sue wanted to go back (and back) to the Met. We’ve been there for four of our 12 days here. 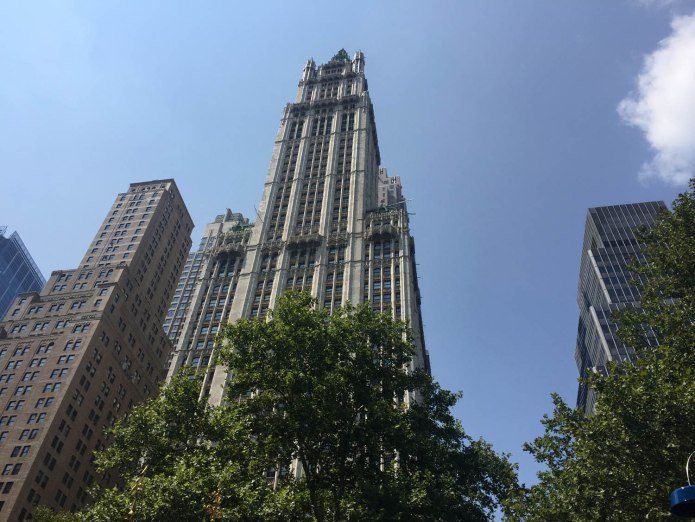 All the scaffolding is off the Woolworth building. It was the tallest building in the world for 17 years. Many (including me) say it is the most beautiful skyscraper. 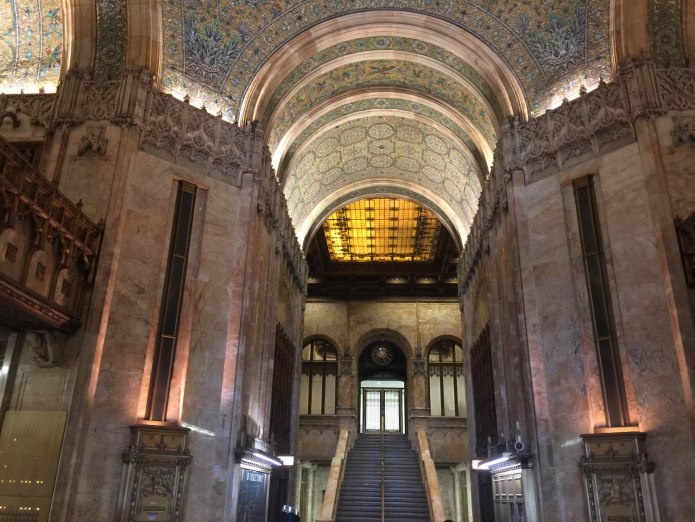 The Woolworth tour does not get beyond the lobby and its balconies, but what a lobby. We learned a lot about Mr. Woolworth and his times.

This ferry makes Liberty Landing a great place to dock our boat. Here it’s coming into the Manhattan side.

We’re at Liberty Landing Marina again on C dock about 100 feet from the dock where the ferry leaves for the World Trade Center every half hour, so we’ve crossed the Hudson every day to Manhattan. Sue did stay home to putter around our first Friday, so I got to Brooklyn early to start walking across the Williamsburg bridge a little before 8. I meandered through chinatown which was not much to see, not organized like San Francisco. I finally ended up in Harlem around 6 PM after stopping off several times along the way and walking through Central Park.

Walking across the Williamsburg bridge from Brooklyn to Manhattan.

Early in lower Manhattan. Police at the far end of this line said the wait is for the new $300 Michael Jordan shoes.

Stopped here on my walk. The public library’s main reading room has reopened. It’s been 17 years since I saw it. It’s bigger than Boston’s.

We also hit new places for us, some of which are in the pictures. Maybe we’re turning into lazy boaters. We’ve been stopping for a lot of side trips lately, and will continue to take a much slower than usual trip back down the Atlantic coast to Florida. 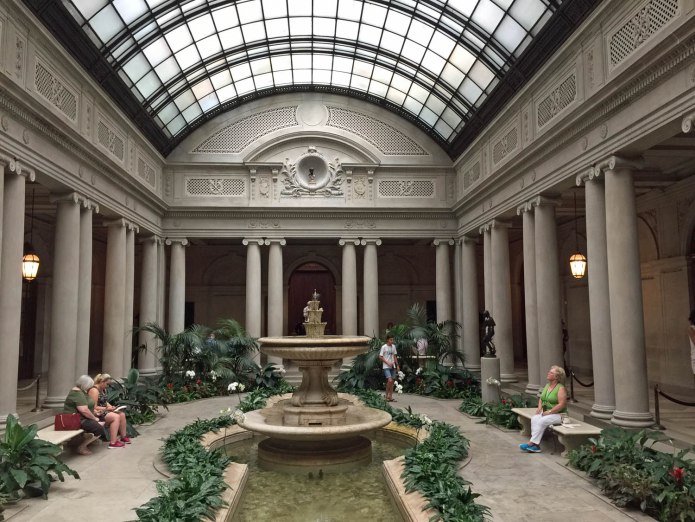 Sue at the courtyard of the Frick Museum. A smaller museum in a rich person’s house. We both really liked this one. 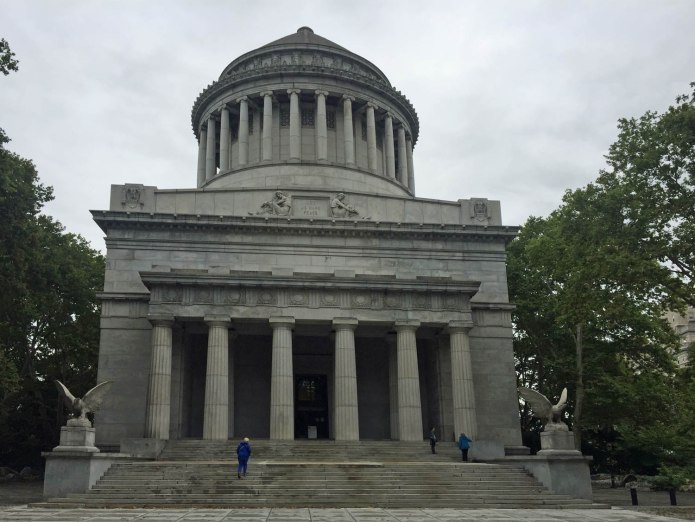 We finally made it to Grant’s tomb. We forget how famous he was at the time. More even than Lincoln.

We also saw Riverside Church for the first time.

One thought on “Stuck in NYC”