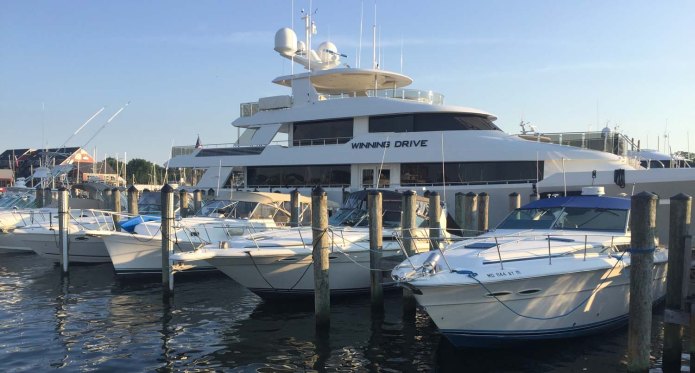 A number of 100’+ yachts have our marina as home port. This is the first of a row of them.

We arrived at Annapolis Yacht Basin on the 23rd. It’s a block from the small city center area which includes the state house and other buildings for the capital of Maryland. It doesn’t seem like most capital city areas we’ve been to. They still use buildings from the revolutionary area. The may also have some larger more modern buildings for government use, but we haven’t seen where they put them. 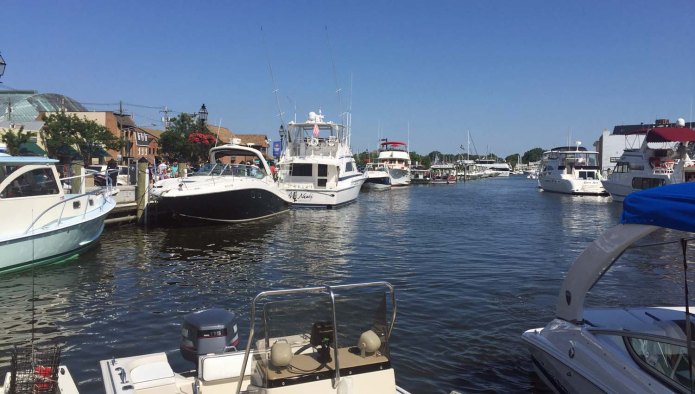 I’m standing in the center of downtown, where “Ego Alley” ends. A block from where we parked. Very public, but we may try this next time.

The boys and us took a walking tour of the academy and saw the main dormitory, so large it has its own zip code and their equivalent of a student union which was previously a large armory. We could not see the church because our tour was on a Saturday when it always has back to back weddings. I did stop by later and saw it. It was very nice but not spectacular, although I would like to go to an organ concert there sometime. We would have liked attending the service there but had to take the boys to the airport on Sunday. 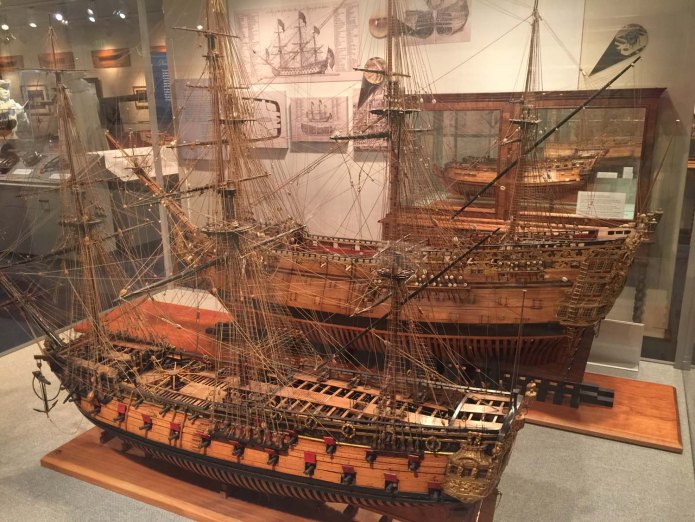 Yard models of British ships. Many other models here on the 2nd floor also. 1st floor is regular navy museum.

The naval school was great, but overall we were more impressed West Point. There is more history there, starting from George Washington’s use of the fort there on a choke point in the Hudson River. We learned a lot of history while touring the West Point cemetery. There is a cemetery at Annapolis but we did not see that. 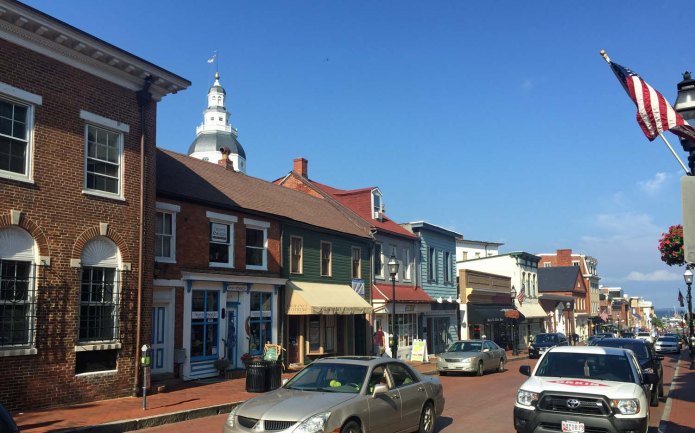 Main street looking toward its end at Ego Alley. 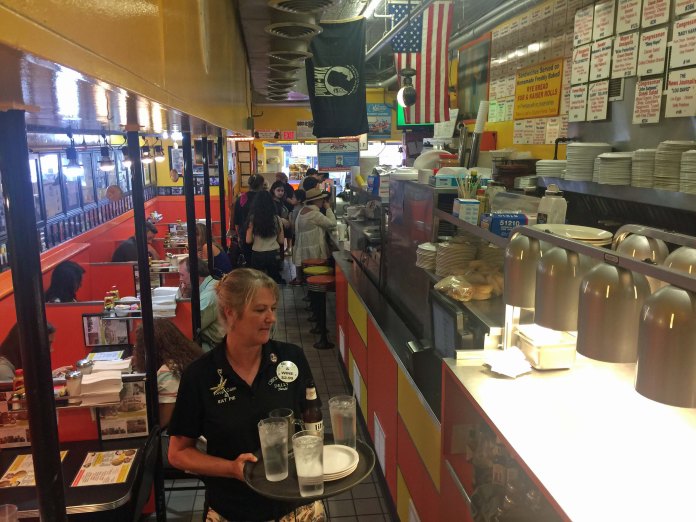 Chick & Ruth’s deli. Always full on Sat & Sun. Don’t miss this. Kids and us both loved it. A few stores from Ego Alley.

With the boys gone Sue and I toured some historic homes and spent more time in museums. The maritime museum at academy was very good. Their collection of yard models, models made as the ship was built and thus deemed extremely accurate, from Britain must be the best in the world. With Britain impoverished after WWII many owners of these models wanted to sell them and the museum was buying. 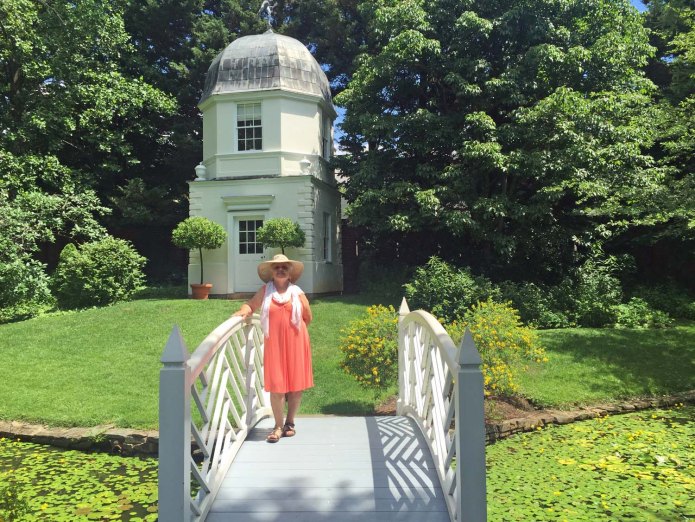 Sue in the garden of the Paca House museum. We saw two house museums here.

We’re off to another house museum and a bit of shopping today. We’ll turn in our rental car tonight and leave tomorrow morning for Delaware City Marina DE. From there we’ll go up about 20 miles to Philadelphia harbor. Jordan flies in to PHL July 7, then, weather permitting, it’s down Delaware Bay and up the NJ coast on the outside to NYC.