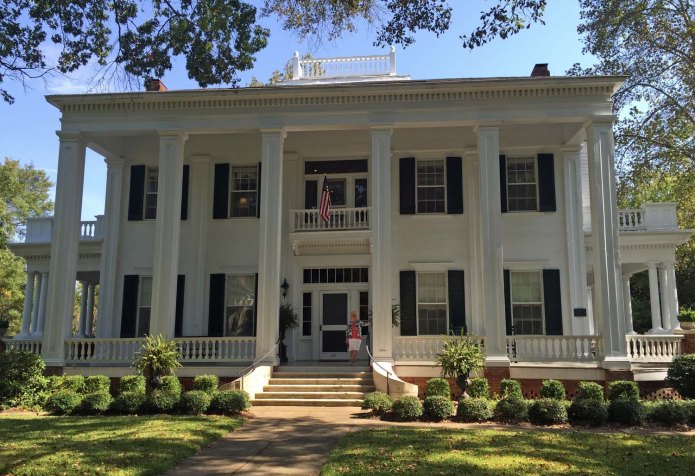 Sue on the porch of Whitehall, and elegant southern town home in Columbus.

We stayed in Columbus longer than we anticipated. There’s just too much to see here. There are a number of antebellum homes here, with many available for tour. We have seen Whitehall, Amzi Love, Stephen D. Lee and Waverly Plantation historic homes. We also visited at length with town historian and author Rufus Ward in his home.

We first stopped by the Tennessee Williams Welcome Center and told the lady there we liked historic homes. She called Joseph and Carole, who invited us to come right over and visit them at Whitehall, a large southern mansion that has been in their family since before the Civil War. We were shown all through the home with its furniture and artifacts dating way back. After our tour they took us out to lunch along with town historian Rufus Ward, who may know more about everything that ever happened in Columbus (and an awful lot did) than anyone else. That led to a tour of Rufus’s home which retains all its original furniture, dishes and much else from before the Civil war.

With tours like these you can’t possibly do more than two in a day, so the next day we were led through the Amzi Love home by its owner Sid Caradine, the 7th generation of the same family which has always owned it. All furnishings, dishes, pictures, knick knacks and everything else in the home dates from before the Civil War and belonged to the home’s original owners. Sid is the first male owner in over 100 years. He claims female ownership, in many cases by women who did not marry (it was then left to nieces or nephews), was responsible for the few changes in the home or its contents over the years. 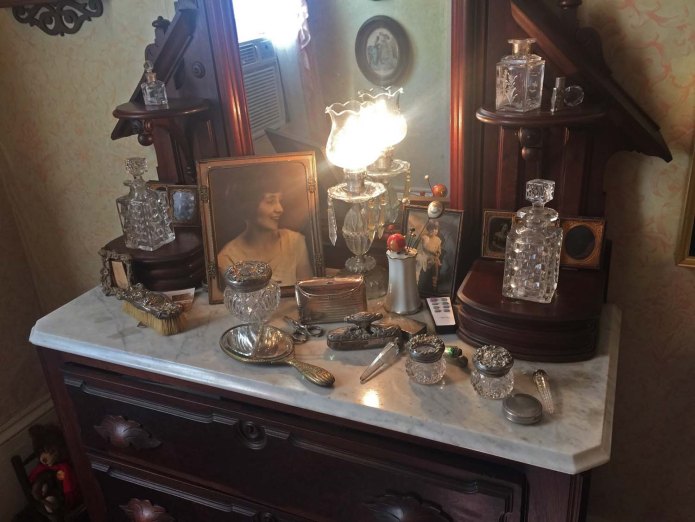 Everything on this table, the table and everything else in the Amzi Love home belonged to the original owners.

In the west we don’t even live out one generation in a single home, let alone seven. We only know our ancestors as far as grandparents. They talk easily of great great grandparents and beyond here, with all of them living in the same place. The South is different from other parts of the country. 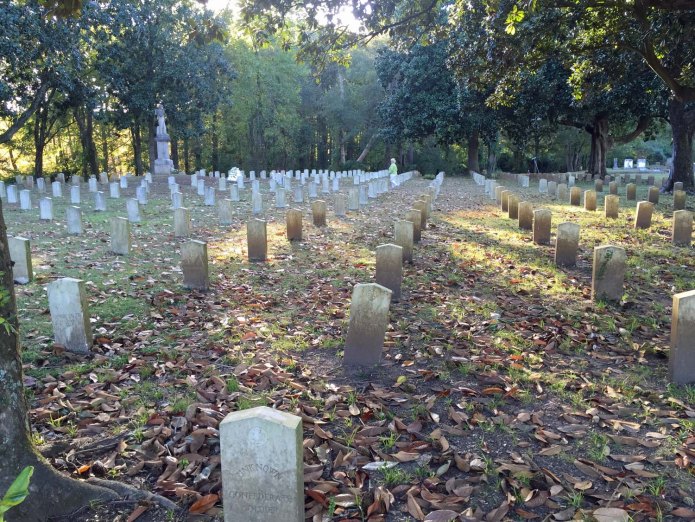 All of these tombstones say the same thing as the one in front.

We also toured the Steven D. Lee home and the Waverly Plantation Manor. Waverly was amazing, having been restored over the last 25 years by its current owners. Before that it sat vacant and abandoned for 50 years. It was a popular place for kids to gather and was where everyone took their girl to propose. With all this use nothing was ever taken or vandalized. Windows were not broken and the roof held out so the only problem was paint flaking. Chandeliers, mirrors above mantles and the marble mantles themselves all remained intact. So many Waverly furnishings are one of a kind and date from way before the Civil War. 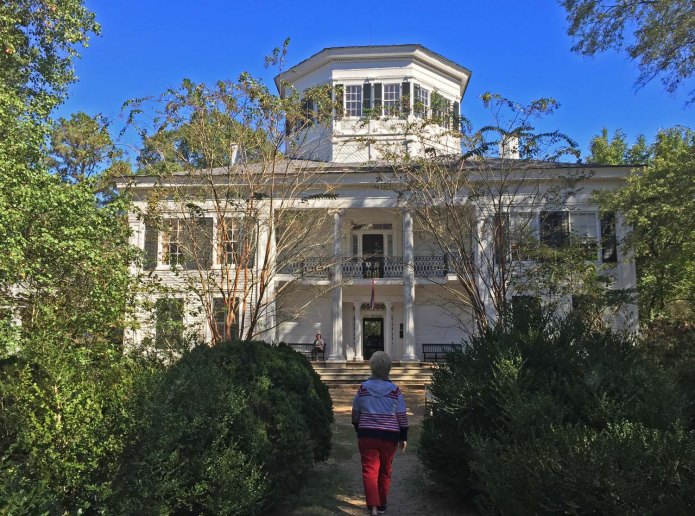 Melanie waiting on the porch for us. Again, it was just Sue and I touring with the owner, as with all the other homes. 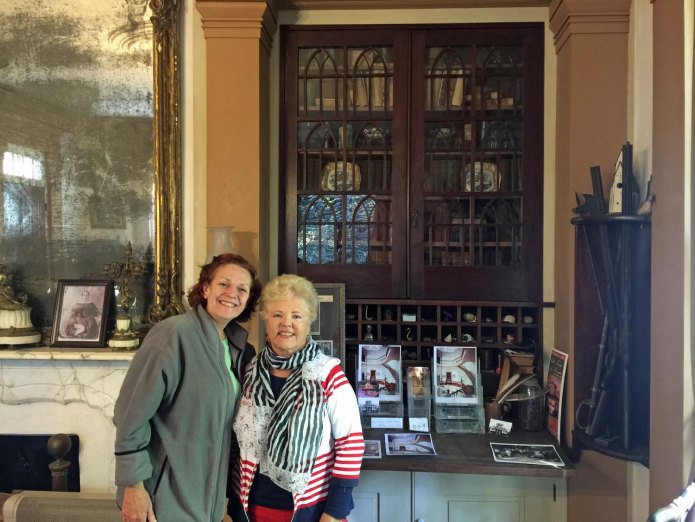 The desk behind was always there. For 50 years kids and others left messages for each other in the pigeonholes. 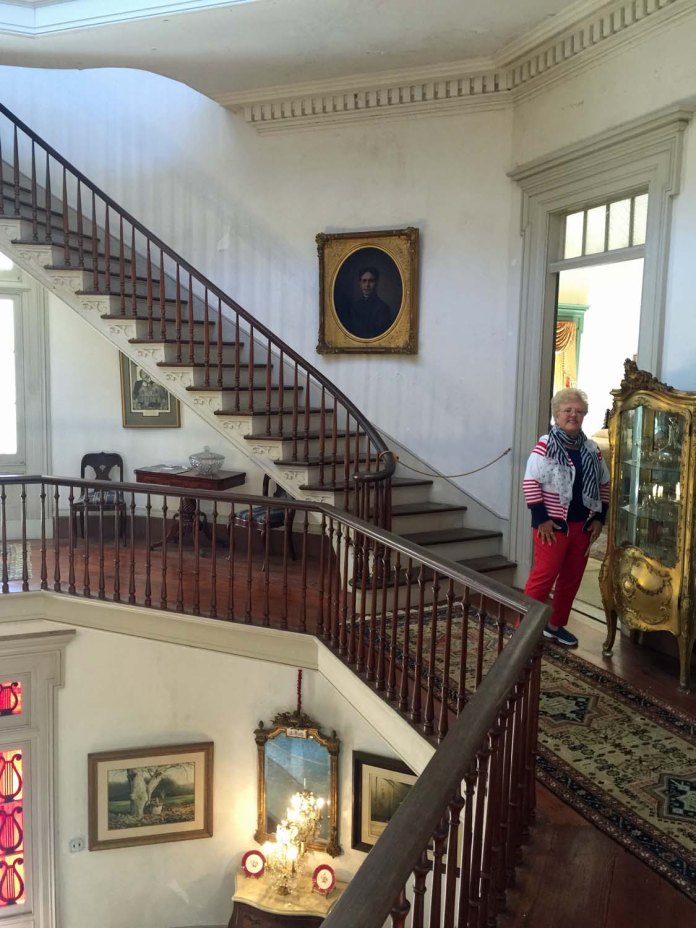 On the second (of four) floor at Waverly.

We’re running on overload here. We’ll still have plenty to see when we stop by here on next year’s loop. 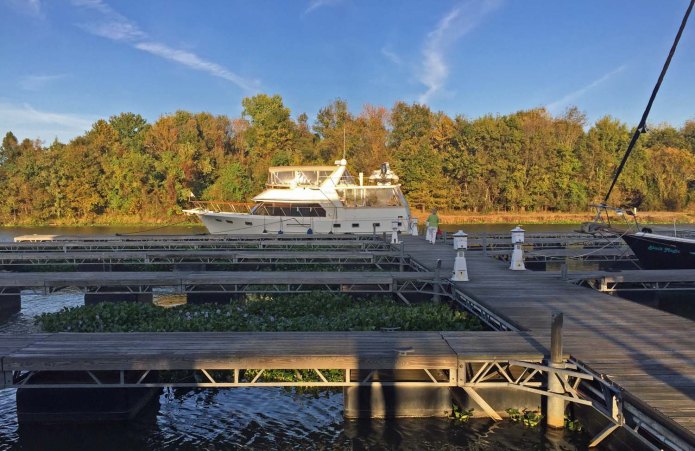 Star Gazer alone at the end of the dock. Boating season is ending here, but the weather is still great.

One thought on “Columbus MS”