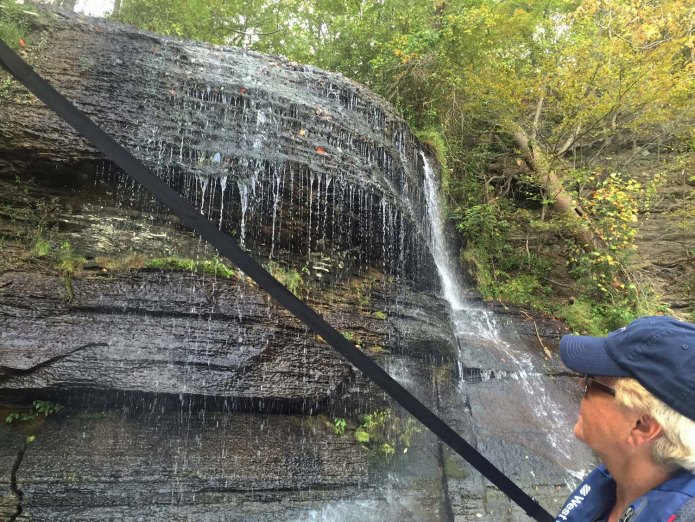 Waterfall in a small bay off Pickwick Lake, a few miles south from our marina.

The guy did come and the installation worked. It should help when docking, especially when I have to back into a narrow slip with a cross current or crosswind. It will also help when Sue and I have to tie and untie the boat with no help on the dock or lock wall, especially in currents and winds.

A number of loopers stop here for a few days. The marina is in a side channel off Pickwick Lake that continues on to be the Tenn Tom canal that we will travel to get to Mobile AL. First we will take a side trip up Pickwick Lake / Tennessee River and visit few towns as far as Chattanooga TN. 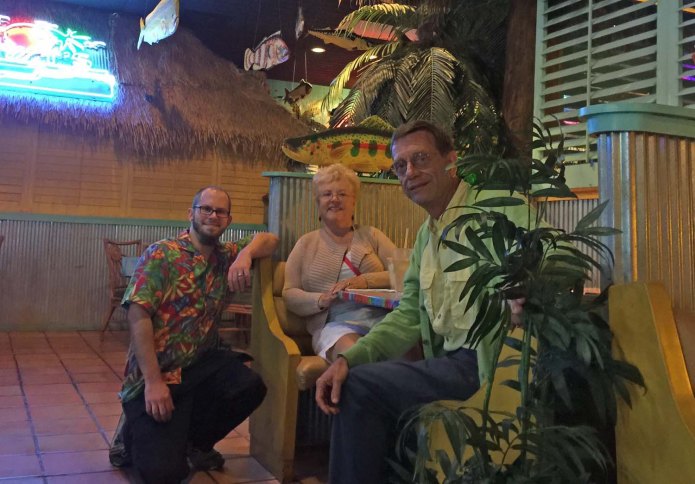 Our waiter at Freddy T’s. A great restaurant.

The marina has two courtesy vans it lends out for two hours at a time. You need that much time to go to the nearest large supermarket in Corinth MS 20 miles away. We borrowed it and did our resupplying, then called to find no one else wanted to use it, so we went to Freddy T’s for dinner. Freddy T’s is a great place. I liked the lasagna and Sue had Dave’s fish. Both were very good. Our waiter had relatives in Coeur d’Alene where we lived awhile ago. His great grandmother owned the Paulson building in downtown Spokane and lived in the mansion on top of it. He had been there many times. I had always wondered about that home up there. 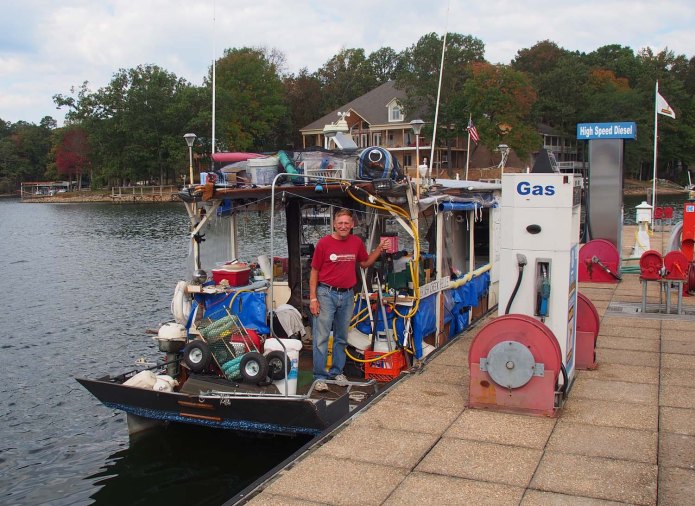 Milt Cornelius and his brother are traveling part of the loop in their own style. They’re at rivertrip15.wordpress.com.

We had the dinghy out on two occasions. We went into a number of side channels and bays to look at the lake homes an to see a waterfall.