Today we saw the Laura and Houma plantations. Laura was a Creole plantation. People living in the home spoke French up to 1977. Since we were in the middle of Cajun country we wondered about the difference. Creole was a mix of French, local Indians who the French dispossessed but stayed on and West African slaves. The French were the first settlers in the area which was claimed by France, sold to Spain, then sold back to France and then finally sold to the US in the Louisiana Purchase. Cajuns were French speaking people that came from Canada and settled later. 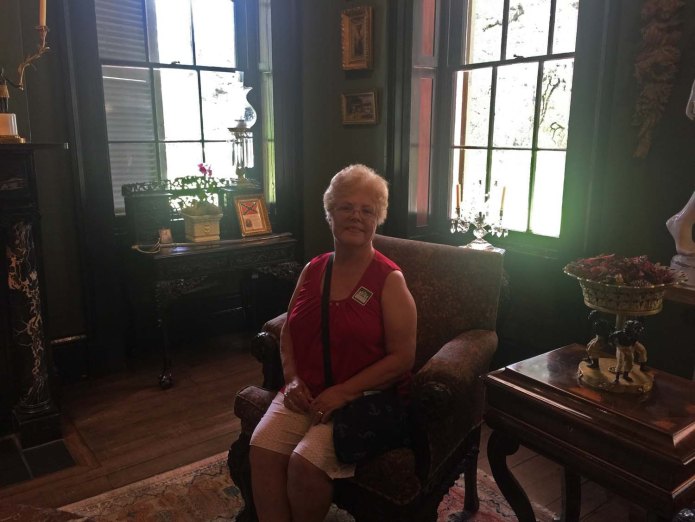 Inside the Houma house

Laura was strictly for the business of raising and processing sugar cane. It was kept in the same family for 4 generations before being sold to a German family (that spoke French when living in this area) for a number of years. It was vacant for about 19 years after 1977 and then underwent considerable restoration and became museum. Fires and other problems caused much of it to be rebuilt. It was originally built by a slave that went into the swamp for 11 months to supervise all its timber cutting. He had all the beams and boards cut, carved, notched, etc. When he returned the house was assembled in about 15 days on a brick foundation that other slaves had built. 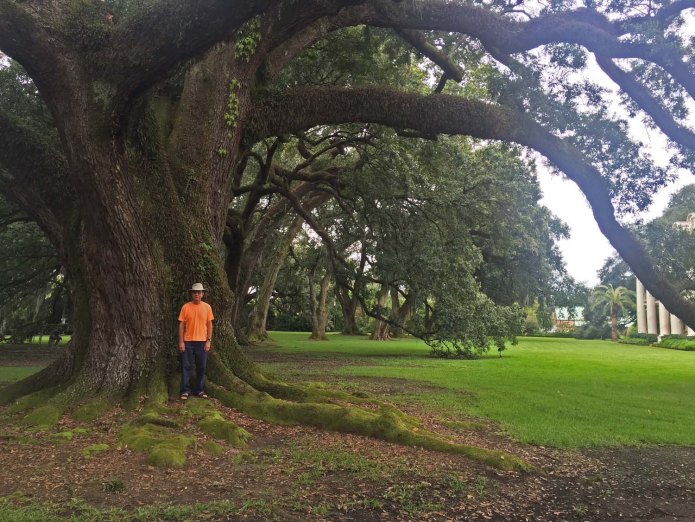 So many trees on the Houma grounds

Houma plantation and home was much more elegant. It was a much finer house and has a lot of its furnishings as well as some other period pieces added to fill some gaps. Very nice inside. The grounds around it were extensive and very well kept. We spent a lot of time in its gardens and spectacular oak trees. Laura was more interesting in many ways, but Houma was where we took pictures.